Can theater lights inspire Broadway careers? A South High School stage manager talks about how Denver bond and mill levy funding is preparing students for stages around the world. 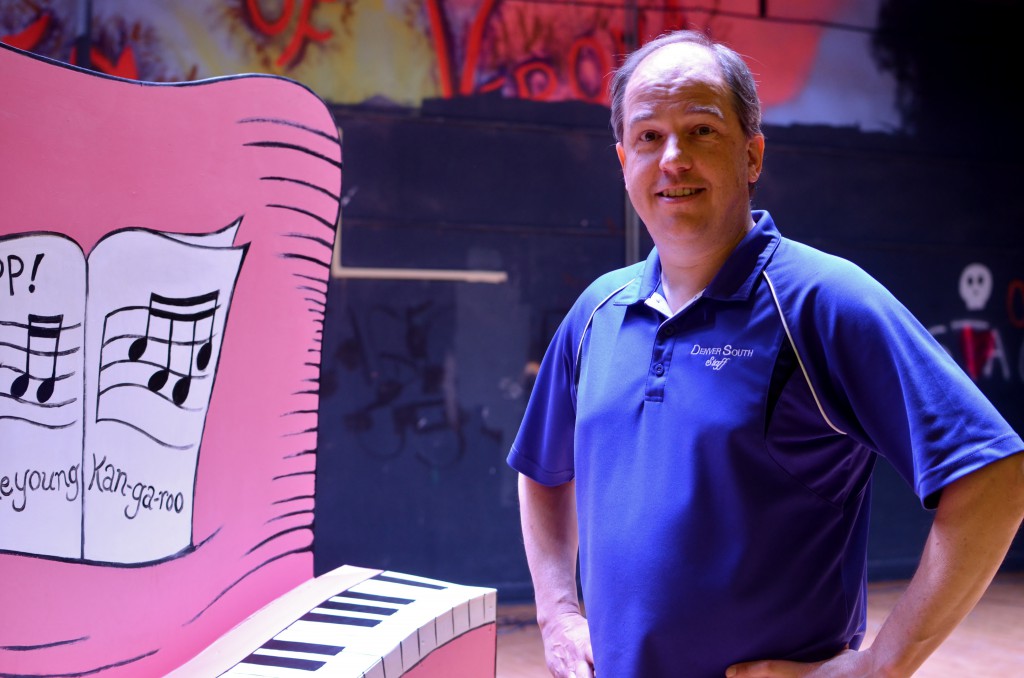 South High Schools historic theatre makes the schools proud traditions in dramatic arts easy to see and touch, right down to the show names graffitied on the theatres back wall. But for stage manager Richard Cole, the theatres dilapidated equipment and aged auditorium threatened to dim the bright lights in theatre students futures.

I investigated this entire place and it was a disaster. Wires were hanging from places, amps were mounted that didnt work anymore, said Richard. Nothing worked well.

When he signed on as the stage manager, Richard didnt know what he was getting into until he took his first step into Souths theatre. Though nearly two-thirds of South students participate in the drama program, the 1926 building and outdated equipment became obstacles to learning and creative expression.

The light board, audio board, speakers, curtain and lighting systems had all failed. In addition, the room produced an echo that caused constant feedback problems during performances. Instead of being challenged by provocative playwrights, students backstage and on-stage were challenged by their surroundings.

The auditorium had fallen apart, Richard said. We were trying to run all of these shows, music and plays with systems that were half-going.

Thanks to the 2012 Denver bond and mill levy, Souths show went on to get a lot better. Crews replaced lighting, control boards and speakers, and installed new curtains and hydraulic controls. And to get rid of the echo, an acoustic ceiling and dampening panels were installed.

The improvements have in part helped Richard to increase the number of shows South produces by roughly 40 percent, and he is seeing students excel on new equipment that will help propel them into the future.

The kids are now getting the chance to see what it is like to run a stage correctly so that they can learn something and go on with it, said Richard. Since the improvements, more kids want to head off to do this in college.